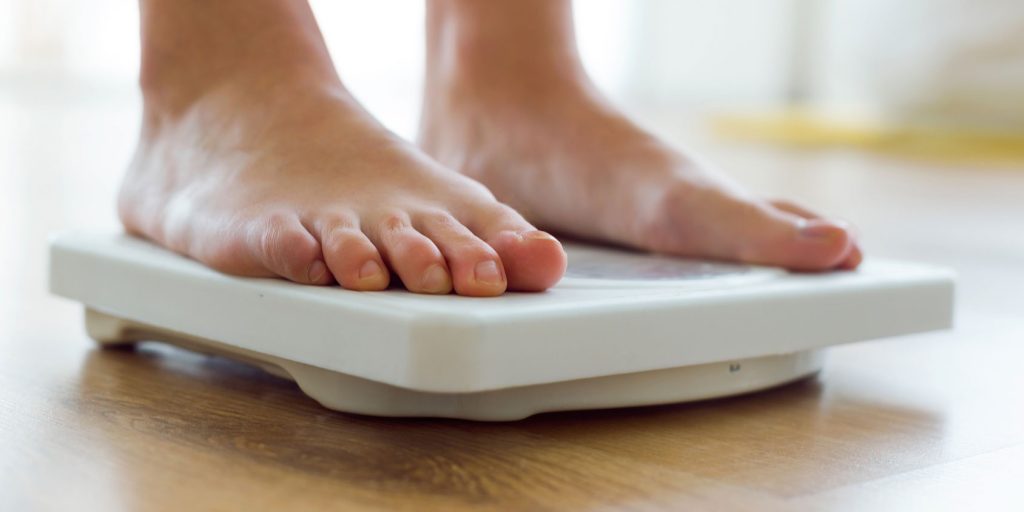 We’ll start with a quote from a research review:[iii]
Insulin is a master regulator of…..aging in all known species, determining the rate and expression of aging in multiple body systems. Thus, it is not surprising that insulin also plays an important role in brain aging and cognitive decline that is associated with pathological brain aging….Brain insulin resistance may be associated with neurodegenerative diseases such as Alzheimer’s disease, and the condition which precedes Alzheimer’s disease, known as “amnestic mild cognitive impairment.
With 115 million Americans either pre-diabetic (insulin signal spiraling ever-upward) or already diagnosed with 2 diabetes, it’s no wonder that cognitive impairment and Alzheimer’s disease are affecting more and more millions!

Leptin is a hormone made by fat cells; more fat cells, more leptin. Higher insulin levels (which occur in ever-greater amounts for decades before the actual diagnosis of type 2 diabetes) increase leptin production; higher levels of cortisol (the well-known stress-response hormone) also increase leptin[iv]. “Triple-fat-gainers” (who ultimately become type 2 diabetics) of course have more leptin than others.
Research using prostate cancer cells found that leptin decreased the response of the estrogen receptors designated as “beta” receptors (ERb), which are known to be “anti-carcinogenic” receptors.[v] In experimental animals, stimulation of ERb with the anti-carcinogenic testosterone metabolite 5a-androstane-3b,17b-diol (“3b-Adiol”), causes regression of prostate cancer and counteracts metastasis (remote spread).[vi]
So even if a man’s levels of “3b-Adiol” are adequate, the more leptin he has, the less well 3b-Adiol can help his prostate fight cancer.
In addition to “stealing” some of the anti-carcinogenic effect of ERb, leptin also increases the activity of the pro-carcinogenic estrogen receptor alpha (Era). It’s a “double whammy”: leptin increases pro-cancer activity and decreases the anti-cancer activity of estrogen receptors, for both men and women!
We’re not done with the cancer-promoting effects of leptin. Leptin increases levels of another pro-carcinogenic estrogen, 4-hydroxyestrone, and decreases levels of the anti-carcinogenic estrogen 2-hydroxyestrone as well as levels of the exceptionally potent anti-carcinogenic estrogen 2-methoxyestradiol. (2-methoxyestradiol is so potent that patent medicine companies are frantically scrambling to make an unnatural but patentable “derivative” of it!.)
Once again, leptin is decreasing “good” estrogen and increasing the “bad” version of estrogen, giving both men and women higher risk of cancer.
Remember: Excess insulin = more fat = more leptin = higher cancer risk.
One more note: in postmenopausal women, “metabolic syndrome” (which is caused by a decades-long overly high insulin signal, see above and below) is associated with more aggressive breast cancers.[vii]

This one’s so well known to research scientists that I’m not bothering with any footnotes. (Shouldn’t more than one footnote be called feetnote? But back to the real topic….)
In both men and women, testosterone is transformed into estrogen by an enzyme called “aromatase.” By Nature, women’s bodies transform testosterone into estrogen very efficiently, leaving only a little testosterone behind. Men are much less efficient at (among other things, just ask many women about male efficiency!) transforming testosterone into estrogen, so quite obviously men have significantly more testosterone than estrogen. All according to Nature’s plan.
Nature didn’t plan the “modern” diets still followed by many. Most modern diets stimulate much more insulin secretion than hunter-gatherer diets. As you read above, “modern” diets stimulate very much more insulin in “triple-fat-gainers,” and ever more than that as the years go by.
More insulin makes the aromatase enzyme go faster and faster, turning more and more testosterone into estrogen. This impacts men more noticeably than women; as more estrogen is made, things don’t work as well for men in the sexual function department. Higher than usual estrogens aren’t good for prostate glands, either. In severe cases, men develop “man boobs”!
More insulin makes a woman’s aromatase enzyme go faster too, with the same result. More estrogen is made, less testosterone left behind. To quote a well-known politician, “What difference does that make”? As in that politician’s case, it makes quite a difference.
For some (but certainly not all) women, testosterone is important for libido. As muscle is just as testosterone-dependent in women as in men, less testosterone means less muscle mass, significantly raising risk of becoming a “little old lady.”
It’s not as well known that women’s moods are not just affected by estrogen and progesterone, but also by testosterone and DHEA, the “adrenal androgen.” One of Tahoma Clinic’s medical assistants told me she could tell when women using bio-identical hormone replacement were using adequate androgens “because they quit calling me on the ‘phone all the time!”

Remember, the unique metabolic difference between “triple-fat- gainers” and others is a significantly higher-than-usual insulin response to even one day’s worth of carbohydrate intake. Sooner or later, that unusually high (and now every day high) insulin response causes “metabolic syndrome”, sometimes starting as early as childhood. (Quick review: “metabolic syndrome” is defined as a combination of two or three or all four of the following: high blood pressure, high cholesterol, abdominal obesity, and the recent (research-proven[viii],[ix],[x],[xi]) addition of osteoarthritis, which is also called degenerative joint disease). “Triple-fat-gainers”—almost always children and younger adults—who don’t already have “metabolic syndrome” will almost certainly develop it if they (or their parents) don’t recognize what’s happening and take steps to prevent it.

THE SAME HEALTH PROGRAM ELIMINATES ALL THESE EXTRA RISKS!

So what to do? Treat the cause, not the symptoms! Patent medications to lower cholesterol and blood pressure do nothing at all to get at the cause of metabolic syndrome, that persistently high insulin signal. To reduce that now-persistently-high insulin signal (worst in “triple-fat-gainers”) stimulated by eating way more carbohydrates (starches and sugars) than were ever available in “hunter-gatherer” times, the only program that can possibly (and safely) treat the cause is a return to a low-carbohydrate, “hunter-gatherer” type diet (Paleo Diet) along with “hunter-gatherer” type exercise (termed “interval training” in modern times).
If done strictly, this will actually eliminate the cause of the “metabolic syndrome” and simultaneously prevent type 2 diabetes. Yes, there are supplements that will help the process (more about those in another issue), but without strict adherence to the very specific “caveman” (and of course “cavewoman”) diet and exercise programs, these supplements can’t do the job.
For many, it’s not easy to make these changes, but when they’re adopted, they work. Metabolic syndrome slowly disappears. Type 2 diabetes is prevented! No patent medicines required! And as a bonus for “triple-fat-gainers”, they lose all that excess fat! A small bonus point: Almost all “triple-fat-gainers” who’ve followed the Paleo Diet and exercise program have told me they’ve been able to eat as much as they want and continue to lose weight if everything they ate was “in the Paleo book”.
Other Articles In This Edition of Green Medicine