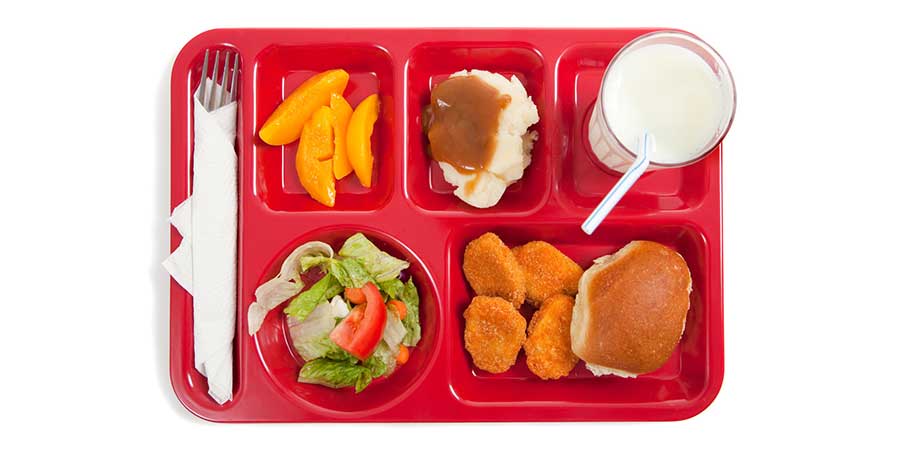 The Trump administration is relaxing school lunch requirements set under the Obama administration. States will now be allowed to grant exemptions to schools struggling to hit certain nutrition benchmarks. Exempted schools will not have to cut more salt from meals, can serve fewer whole grains, and can offer 1% flavored milk in addition to the fat-free flavored milk currently required.
The changes do not affect the basics of the current crony system. Recall that two of the biggest school lunch suppliers used their money and political influence to twist regulations so that a slice of pizza would be considered a vegetable and kids could be served all of the French fries they wanted.
School lunch is also marred by outright corruption. The US Department of Agriculture pays $1 billion per year to buy produce and meat for school lunches. Instead of preparing that food on-site in a healthy manner, schools hire management companies, which in turn hire processors to prepare the food. The processors turn chicken meat, scraps, flavorings, and fillers of uncertain origin into things like chicken nuggets. The processors, in turn, pay what look to us to be kickbacks to the management companies for choosing them over another processor. None of this money goes back to the schools. Those seeming kickbacks—the management companies call them “rebates”—are arguably illegal. The New York Attorney General sued one management company and received a $20 million settlement.
And let’s not forget that in 2003, the USDA approved irradiated meat for the school lunch program. Since then, Congress has placed limitations on irradiated meat in school lunches, but it is still served. You can guess why the government wants to “nuke” surplus meat—it is because it may be rotten.
With regard to the Trump changes, allowing 1% milk provides at least some acknowledgement that dairy fat is not bad. Even so, public officials continue to ignore the evidence indicating that whole dairy, as opposed to low-fat or non-fat, is the healthier option. Research has shown that consuming whole-fat dairy lowers the risk of diabetes, heart disease, bowel cancer, and causes less weight gain compared to low-fat and non-fat dairy. The federal government, as ever, is relying on outdated ideas pointing to saturated fat as the enemy, despite an abundance of current research that says otherwise.
Giving children flavored low-fat or non-fat milk just adds insult to injury. Flavored milk contains all kinds of additives like high fructose corn syrup and artificial sweeteners like aspartame—a zero-calorie sweetener which Pepsi has just agreed to remove from its diet soda because of well-founded consumer concerns about safety. In addition, the chocolate in chocolate milk may interfere with calcium absorption, and this is true whether the chocolate is real or artificial.
As we reported earlier, the dairy industry has petitioned the FDA to allow them to include aspartame as an ingredient but not list it on the milk label, even though aspartame is very dangerous and potentially carcinogenic. Aspartame also decreases the ability of the body to absorb tryptophan, and reduces serotonin levels. Ten percent of aspartame is methanol which, when heated, converts to formaldehyde which, in turn, converts to formic acid—a product used to strip epoxy! A fine ingredient to feed our children on a daily basis!
In order to fix what’s wrong with school lunch, we must prioritize kids’ health over Big Food’s bottom line.

Other articles in this week’s Pulse of Natural Health:
Congress to FDA: Cut It Out!

Antidepressants in Pregnancy Tied to Autism