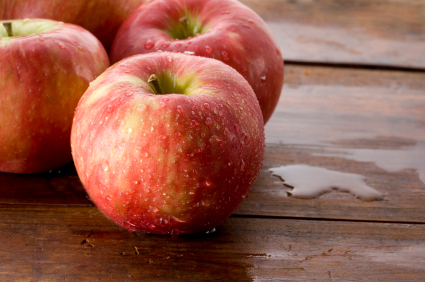 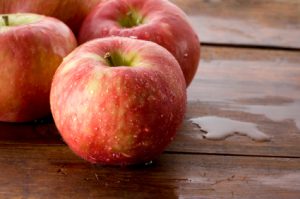 Americans may never taste an organic apple or pear that hasn’t been sprayed with antibiotics unless the NOSB sticks to its plan to forbid streptomycin on all organic fruits after October 2014. Action Alert!

Organic food should not contain synthetic substances, and most of it doesn’t—with the exception of apples and pears. Organic apple and pear trees are sprayed with streptomycin and oxytetracycline to prevent “fire blight,” so named because the tree appears to be burned. (We told you in March about the issue with oxytetracycline and other threats to organic standards.)

In 2011, the National Organic Standards Board (NOSB, the decision-making body behind the federal organic standards), voted to prohibit antibiotics after October 2014. But growers have now petitioned NOSB for more time, so NOSB may delay the sunset date until 2016, unnecessarily exposing both orchards and consumers to streptomycin for at least two additional years.

Why should you be concerned about antibiotics in your fruit? We are facing an epidemic of disease-causing pathogens that are resistant to antibiotics. The New York Times sounded the alarm last week with an editorial about the report from the Centers for Disease Control that 23,000 Americans die every year from antibiotic-resistant infections, and two million are sickened. This is considered a very conservative estimate, which doesn’t include deaths for which the infection was just one contributing factor. The CDC’s director warned that unless the spread of antibiotic resistance can be reversed, “the medicine cabinet may be empty for patients with life-threatening infections.”

The CDC report mentioned antibiotic-resistant tuberculosis (TB) as a “serious” concern, and we told you earlier this month about the epidemic of antibiotic-resistant TB ravaging Myanmar. Streptomycin is one of the drugs that treat TB—but if TB should mutate in ways that make it impossible for streptomycin to kill it, we would be edging closer to the frightening situation currently plaguing Myanmar. “We are getting closer and closer to the cliff,” said one CDC official.

The more that TB, or any bacterium, is exposed to an antibiotic, the greater the chance that it will eventually become ineffective on that bacterium. By spraying orchards with antibiotics year after year, disease-causing bacteria in those orchards are given numerous chances to mutate into forms that are impervious to the antibiotic. The antibiotics streptomycin and tetracycline have been used in organic apple and pear production since 1995.

There is also the issue of our gut flora when we consume the antibiotics. Studies show that good bacteria that are killed off by antibiotics may not ever return in their previous numbers. Given the importance of healthy gut flora in preventing numerous diseases, none of us can afford to have our gut flora compromised by unnecessary antibiotics.

If the sunset date for antibiotics on organic fruit is extended, we can reasonably question whether the NOSB will ever put a stop to these drugs being sprayed on organic apples and pears. NOSB has recently changed its rules, making it much harder to remove a substance from the “approved” list for organic food. Removal will now require the approval of two-thirds of the members, as opposed to just a third. NOSB blatantly states that this is being done to benefit industry: to give farmers and processors “long-term stability.” They also state “it must be as difficult to remove a previously approved substance from the List as it was to add it in the first place.”

So unless we ensure that streptomycin is removed next year as planned, it may be much more challenging to remove from NOSB’s approved list in the future.

Action Alert! Tell the NOSB to stick with their plan to eliminate streptomycin from organic apples and pears in 2014. Comments for the fall 2013 NOSB meeting are due by Tuesday, October 1. Please send your message today!

10 responses to “Europeans and Canadians Enjoy Antibiotic-Free Organic Apples and Pears, So Why Can’t We?”