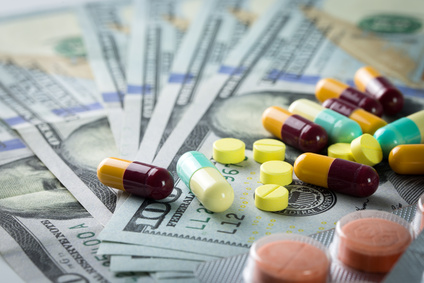 By Gretchen DuBeau, Esq., Executive and Legal Director, the Alliance for Natural Health USA (ANH-USA)
“I certify that this compounded variation produces ‘a significant difference from the marketed drug version.’ ”
If Congress’s initial, knee-jerk reaction to the 2012 New England Compounding Center (NECC) meningitis tragedy had become law, you would have had to add this federally mandated disclaimer to every prescription you wrote for a compounded drug. It seems Congress, influenced by pharmaceutical industry lobbying dollars, wanted to reward the FDA’s failure to shut down grossly negligent compounding manufacturers—but did so by granting the agency vast new powers.
Confused by this logic? Welcome to Washington, DC.
My organization, the Alliance for Natural Health USA (ANH-USA), and our allies eventually defeated the practitioner certification provision. However, it was just another twist in the long, sordid tale of the 2013 Drug Quality and Security Act—legislation that will forever change consumer and practitioner access to compounded medications.
Act I: Documented FDA Inaction Leads to Fifty-three Deaths
In 2002, the FDA began investigating Massachusetts’ NECC after receiving reports that five patients had become ill after receiving its drugs. However, the agency simply gave up its investigation after the NECC’s owner refused to cooperate. Just a few months later, two patients exhibited symptoms of bacterial meningitis after receiving NECC injections.
In 2003, FDA officials suggested the NECC be “prohibited from manufacturing” until it improved its quality and safety controls, as there was very real “potential for serious public consequences.” However, the FDA deferred any real action to the state of Massachusetts.
The FDA inspected the NECC in 2004. Two years later, it issued a warning letter based on violations it found during its inspection. In 2008, FDA received a complaint from its Los Angeles District Office about problems with NECC products. Separately, a New England-based FDA official recommended that the FDA inspect NECC. FDA declined, and instead sent another warning letter.
In the fall of 2012, fourteen thousand patients received NECC spinal injections that were contaminated with fungal meningitis. Over 700 people were sickened; fifty-three died.
Act II: Big Pharma Lobbyists Exploit the NECC Tragedy
ANH-USA’s experience on Capitol Hill has taught us that for special interests, “tragedy” is just another word for “opportunity.”
In the wake of the meningitis outbreak, Big Pharma lobbyists focused the legislative conversation on “problems” with compounding pharmacies and medications. Unfortunately, they found a willing audience: on April 26, 2013, the Senate Committee on Health, Education, Labor, and Pensions (HELP) released compounding legislation that rewarded the FDA’s ineptitude and inaction with expanded powers. The bill:

Interestingly, that same month, the House Energy and Commerce Committee concluded that the FDA was at fault for the NECC tragedy: “After reviewing more than 27,000 documents, we found a dramatically different picture than the one painted by the FDA…We found that FDA focused on perfecting their legal reasons for inaction instead of protecting families.”
How can one reconcile the stark difference between the conclusion of the Senate investigation (that the FDA had ample power and choose not to act) and the April 2013 legislation (that the FDA needs more powers in order to act)?
Three simple words: Follow. The. Money.

Act III: The Integrative Health Community Strikes Back
Alarmed by how this legislation would affect integrative patients and practitioners, my organization immediately launched a multifaceted grassroots, lobbying, and publicity campaign to amend the most dangerous aspects of the April 2013 compounding bill.
The fruits of our efforts were clearly reflected in the final bill, which was passed in November 2013. The troubling elements of the original legislation that we were able to improve include:

However, many concerns remained. For example, the alarming distinction between traditional compounding pharmacies and outsourcing facilities: traditional pharmacies will only be able to compound drugs that have a USP monograph, are part of an FDA-approved drug, or are on a “pre-approved” FDA list, and will only be able to send 5% of their total prescriptions out of state.
By comparison, outsourcing facilities will be permitted to distribute out of state without restrictions and won’t require individualized prescriptions. However, they will only be able to produce drugs that are on a FDA-approved list (it’s likely this list will be limited).
The full impact of the final bill will not be known or felt until the FDA completes its rulemaking process. However, after carefully analyzing the legislation and speaking with compounders and doctors, we project a number of ramifications:

Act IV: What You Can Do to Protect Your Rights
The new compounding law is now in the regulatory phase, which means the FDA is translating it into regulations for doctors and pharmacies. It’s critical that the integrative health community take action to influence the new FDA rules and protect consumer access to compounded medications.
You can act by visiting www.ANH-USA.org/compoundingproblem. Here you’ll find a quick and easy way to send the FDA and Congress a message about how the rules will affect your access to vital compounded medicines. Please encourage your patients to act as well!
It’s important that we keep pressure on FDA and Congress throughout the regulatory process, particularly since thus far, the agency hasn’t expressed much interest in playing nice. For example, when the FDA issued its request for information supporting their yet-to-be-created list of bulk drug substances that may be compounded, the agency set a deadline of three months in which to submit formal comments. Although ANH-USA and its allies did the best they could, it was impossible to give FDA the information they requested in such a short timeframe. In fact, we estimated it would have taken over thirty months (15,000 hours; 1,875 business days), not three, to properly gather the data.
In what we believe was a direct reaction to such behavior, on May 23, the Senate Appropriations Committee criticized the FDA for ignoring doctors, patients, and compounding pharmacists by issuing proposed new regulations on compounding pharmacies without sufficiently consulting the stakeholders.
ANH-USA: Your Capitol Hill Watchdogs
ANH-USA is a nonpartisan grassroots consumer advocacy organization that protects the right of natural health practitioners to practice, and the right of consumers to choose the healthcare options they prefer.
Since 1992, ANH-USA has worked to shift the medical paradigm from an exclusive focus on surgery, drugs, and other conventional techniques to an integrative approach incorporating healthy foods, dietary supplements, and lifestyle changes. We believe this is the way to improve health and extend lives while returning the costs o healthcare to a sustainable level.
On both the state and federal levels ANH-USA acts as a government watchdog, files comments on proposed rulemakings, and educates the public, press, and other decision-makers. ANH-USA is the only grassroots advocacy organization working to protect compounding pharmacies by engaging directly with congressional decision-makers.
ANH has offices in the United Kingdom; Atlanta, GA; and the Washington, DC, metro area. It is the largest natural health-focused consumer group in the world.

To stay up to date on the compounding issue, as well as other issues that impact the integrative health community, subscribe to our weekly e-newsletter, The Pulse of Natural Health, at www.ANH-USA.org. The Pulse alerts grassroots activists to troubling laws and regulations, and provides opportunities for action.

5 responses to “Rewarding Bad Behavior: Doctors and Compounders Are Being Punished for the FDA’s Ineptitude”