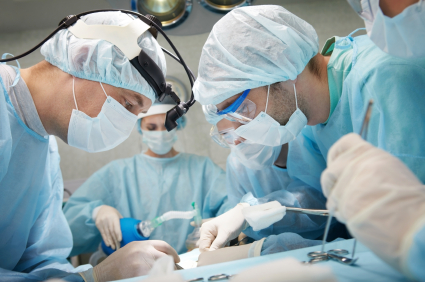 Patients liken hot chemotherapy to “being filleted, disemboweled, and then bathed in hot poison.” Best patient care, or merely the biggest moneymaker?


According to the New York Times, hot chemotherapy, which couples extensive abdominal surgery with blasts of heated chemotherapy to the abdominal cavity and its organs, was once a niche procedure used mainly against rare cancers of the appendix. Most academic medical centers shunned it. Now it’s being offered to patients to treat more common colorectal or ovarian cancers.

Dr. David P. Ryan, clinical director of the Massachusetts General Hospital Cancer Center, says there is little evidence that it really works and “has almost no basis in science.” The treatment is extremely costly, and is something of a desperation move by leading medical centers because the competition for patients and treatments is so intense.

So why is this dangerous, scientifically unsound, and outrageously expensive procedure considered a viable treatment option for cancer patients, when intravenous vitamin C—safe, effective, and far less expensive—is questioned as an adjunct therapy? Why is this common vitamin, administered in high doses intravenously, labeled an unapproved drug by a hostile FDA?

Why also is the nutritional advice for cancer patients from the American Dietetic Association so half-hearted? It seems more focused on stopping weight loss during chemotherapy or radiotherapy than it is about using nutritional and other natural factors to help rebuild immunity and get the body more into balance. Could it be because the organization gets about $1 million a year in payments from pharmaceutical companies?

You know the old saying: just follow the money. As we reported previously, oncologists are the only doctors allowed to sell—and profit from—their own drugs. Oncologists can buy chemo drugs at a deep discount and then dispense them at the higher rate in their offices. It lets oncologists run a kind of pharmacy as a side business, and represents a considerable part of some oncologists’ income. Contrast that with intravenous C. Because it is a vitamin, IV-C is inexpensive, and it cannot be patented, so no one makes any serious money. Oncologists lose the financial incentive to prescribe it.

The overtreatment of minor cancers is a growing problem. This is especially the case for prostate and breast cancer. Not long ago, prostate cancer was commonly detected with a digital rectal examination, which revealed palpable neoplasms. PSA (prostate-specific antigen) testing detected many more cancers—which led to many more biopsies and treatments. However, the observation that the number of cancer deaths stayed the same suggests that a substantial percentage of cases are unlikely to progress. Still, about 90% of diagnosed men seek immediate “curative treatment,” which in theconventional medicine world means chemo and surgery.

There is some good news—the tide may be turning, albeit very slowly. A recent statement from NIH stated that “active surveillance” is a viable option as treatment for low-risk cancers. This is a blow to the current standard of care touted by mainstream medicine.

At the same time, the active surveillance approach also recommends multiple biopsies to monitor the progression of the tumor. This is extremely problematic for several reasons. First, even the NIH admits that infection through biopsy is one of the side effects of active surveillance.

As we reported last year, studies from three countries show that infectious complications from prostate biopsies have more than doubled in less than a decade. As much as five percent of prostate biopsies develop infections from the procedure—or about 50,000 Americans every year, and an equal number in Europe. Nine out of 10,000 men whose tests were negative for prostate cancer died within a month from sepsis and other complications, according to a recent study in the Journal of Urology.

The greater risk, however, is that biopsies can cause cancers to spread, usually along the path of the biopsy needle, a phenomenon called “needle track seeding.” A 2004 study concluded that manipulation of an intact tumor, either by fine needle biopsy or by large-gauge needle core biopsy, is associated with an increase in metastases, perhaps due in part to the mechanical disruption of the tumor by the needle.

Another study suggests needle track seeding as a possible occurrence with breast biopsies, and concludes that the cancer may recur “if the tract is not excised or radiotherapy not given.” So the way to fix the spread of a cancer via biopsy is to do more surgery and/or radiation! This is exactly what happened to a 62-year-old woman whose needle biopsy caused the cancer in her breast to extend the full length of the needle tract. She ended up losing her entire breast because of the biopsy when only an excision was originally needed.

The Nordic Cochrane Centre in Denmark has studied the effects of mammography on breast cancer risk. They found that for every 2,000 women screened, only one will have her life prolonged, while ten will be treated unnecessarily because of “overdiagnosis” and will in the process be more likely to suffer future cancer and other complications. This kind of early, over-detection causes oncologists to administer conventional treatments even though, if the cancer had been left alone, the cancers in most cases would likely have been managed and controlled naturally by the body.

Why does over-diagnosis and over-treatment like this continue? Like chemotherapy treatments, cancer screenings are big moneymakers. This is wrong on so many levels. Hot chemo? Biopsies that spread malignancies? Taking away our right to opt for intravenous vitamin C, basically mandating a one-poison-fits-all, one-size-kills-all approach to cancer? It would seem that if you rely solely on conventional medicine to diagnose and treat cancer, you may go broke from the horrendous expense—but you may also get sicker and die sooner.

112 responses to “Why is “Hot Chemo” an Acceptable Cancer Treatment—But IV Vitamin C is “Too Far Out There”?”